Boop is a PvP, local multiplayer platformer for up to 4 players where you battle against other robots and boop them into the dangerous hazards while surviving them yourself to become the last player standing! 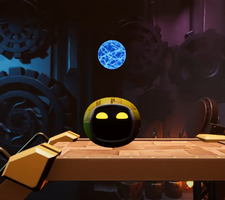 The playable robots consist of more than one way of controlling the movement – in this case, the hook!

Fight off the other players and get out on top by being the last robot alive!

Find yourself in a factory filled with dangerous hazzards and traps! 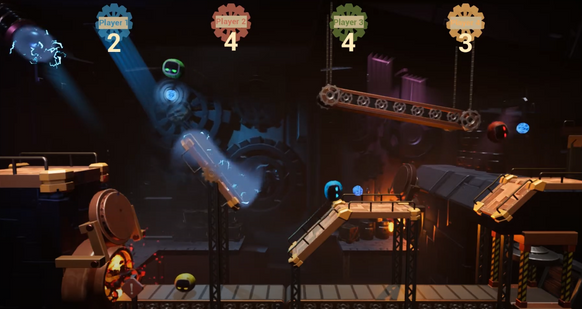 Every morning we would have a daily stand-up meeting where everyone got to tell the rest of their team what they been doing, what they will do and raise if they got any concerns or need help

Product Owner
As the product owner, I support the team by helping everyone stay on track with our game vision by looking over finished content to make sure it stays coherent and suitable for the final product 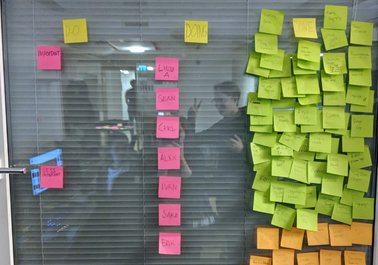 Our post-it window as we finished all our tasks

Gameplay Design
Players start out on different spawn locations on the map with a total of 5 lives each. Their goal is to boop the other players into the traps by using their shockwave ability which disables the other player's abilities for a short moment and knocks the opponent away

Players can execute their shockwave ability, which has a cooldown of about 2 seconds, which causes the other players to get knocked back and their grabbing mechanic gets temporarily disabled

Above the head of the robot sits their magnetical orb which they use to lock themselves in place with. It helps a player to reposition and can be used to launch the player in a new direction if timed correctly

Our initial design was spike ball which the player could spin around themselves, however, this was annoying to the player as the spike ball would automatically get the player stuck if it would touch any surface

We did also change the way the magnetical orb works, as it would initially only be attachable to objects in the level, but by changing it so that players could attach themselves anywhere fixed the problem as then players could instead focus on having fun instead of struggling

But after getting down our core components the game became so much more fun and enjoyable for the players as the controls were smooth, and no longer hard to learn 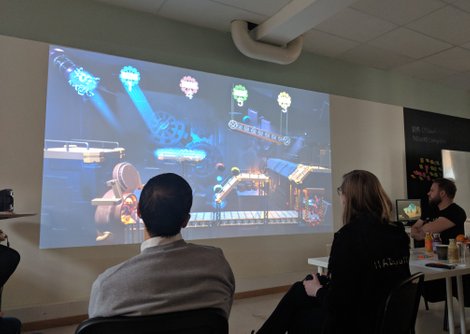 There is a small amount of show UI during gameplay, which shows the players which color they are and how many lives they currently have left – quick and easy to glance over

All we get to know of the world of Boop is that in a very dangerous factory, the robot's fate is to fight till their death

In this world of goofiness and bizarre factories, we also find the high-level technology which allows the robots to use their magnetic gravity powers just anywhere in the world

Character Design
The playable character is a small little robot that has rather happy and friendly-looking eyes, this adds to the fact that despite the fighting, it's still a fun party game 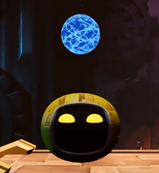 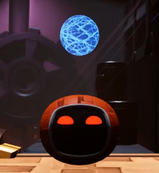 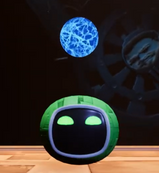 Level Blockout
Initially, we had this big, over-scoped plan of making 4 different levels, but as we only had 2 weeks of working on this project we quickly realized that we would have to rethink and settle with one of our level ideas as a starter

Back to the top